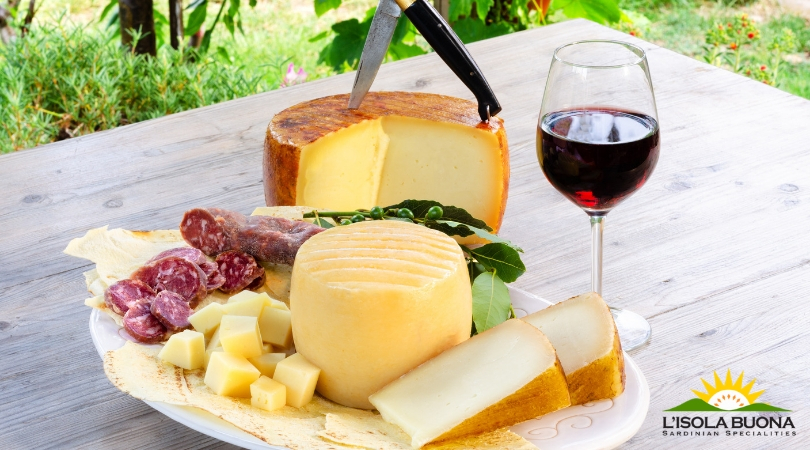 How to make an authentic Sardinian Aperitivo

The Italian Aperitivo, the king of socialising, has ancient origins

Summer is in full swing and we want to give you an insight on the Italian Aperitivo that has become the king of socialising and rocking our evening rituals almost everywhere. But how has the aperitivo become the latest social trend?

The word “aperitivo” derives from Latin and means “to open”, referring to the drink consumption before the main meal and its appetite-stimulating properties. Aperitivo can be alcoholic or alcohol-free. However, the term “aperitivo” today no longer refers to the drink per se, but indicates the whole experience of enjoying pre-meal drinks combined with finger food often in the company of friends and family. In fact, conviviality lies at the heart of the concept. Friends and family gather to socialise, chat and laugh while sipping their favourite aperitivo drink with a few nibbles, making the aperitivo the king of socialising.

THE HISTORY OF THE ITALIAN APERITIVO

The Aperitivo as we know it, became popular at the beginning of last century but it was invented in 1786 when Antonio Carpano, an Italian distiller, mixed spices and herbs to muscatel wine and created Vermouth. King Vittorio Amedeo III loved it and adopted it as a special drink at the Royal Palace, offered to entertain guests. Later on, in 1860 Gaspere Campari invented the famous red-coloured spirit that still carries his name today, with a secret recipe made with herbs, aromatic plants, fruit and alcohol.

The custom of consuming drinks and small portions of food while socialising with peers and foreigners is a time-old tradition. It can be traced back to ancient Mediterranean civilisations such as the Romans and the Greeks, where work, meetings and other activities usually took place outdoors. The popular thermopolia were fixed stations with large counters, serving small portions of food and drinks. With no room for tableware and chairs, locals from lower classes and tourists would stop there for a quick bite, socialise and get back to their activities.

Back then wine was considered the main aperitivo drink. The rather well-off Romans drank mulsum, honeyed wine with spices whose recipe can be found in Apicius’s scripts, accompanied by small portions of food served as appetizers before banquets, the so called “gustatio”, to socialise before the meal.

The benefits of aperitivo for good body and spirit health were known even then. According to an ancient story by Pliny the Elder, the Roman emperor Augustus invited over Romilio Pollione, a well-known centenarian, to ask him what his secret to longevity was. The guest replied: “Intus multo, foris oleo”, which means “honeyed wine inside and oil outside” Is aperitivo the next big thing for Sardinia Blue Zone studies

Although fashionable aperitivo drinks are usually spirits and vermouth, in Sardinia wine is the star of the aperitivo. The most popular are Vermentino white wine and Cannonau red wine, although both wine varieties can be consumed during the main meal as well. Vermentino wine is more popular over the summer season for its refreshing taste. There are also some sweet ones with fruity notes such as Vermentino Renabianca and Vermentino Nozzinnà and drier Vermentino wines like Blu Vermentino, Deriu D.O.C. Vermentino, and Vermentino Lughe.

Cannonau red wine is one of the most ancient wines in the world. Archaeologists found its seeds in recent excavations in Sardinia that date back to 1200 BC. Thus, Cannonau is unmistakeably an autochthonous wine and was probably exported by the Spaniards around the 15th century to start the production of the grenache grapes. Cannonau red wine has a strong and warm flavour and it’s also known for its rejuvenating properties coming from a higher concentration of flavonoids compared to other red wines, making it one of the most powerful Blue Zone longevity foods.

Whilst Vermentino white wine is produced in coastal areas on sandy soils, Cannonau red wine is produced in the inner part of Sardinia where grapes can benefit of a dryer and stronger soil, however Cannonau vines are quite strong and can adapt easily to different climates.

Carasau bread is a Sardinian staple and it’s a must if you’re going for a Sardinian aperitivo. It’s a very crispy thin flatbread, often called music paper bread, however this last one is usually thinner. Carasau bread is produced strictly following the ancient process passed on over the centuries from one generation to another. Archaeological studies suggest that carasau bread was already made and consumed over 3.000 years ago and it used to be fundamental for shepherds grazing their flocks away from home for days.

The preparation process is complex as the bread layers are very thin and delicate. However, the expert hands of Sardinian women are able to separate the bread sheets after the first bake to have them toasted again for the extra crispiness and flavour. Add a touch of extra virgin olive oil and a pinch of salt during the bake and the carasau bread is transformed to guttiau bread, meaning “dripped on” as it was once made by letting the cooked lard drop on carasau bread instead of using olive oil.

Sardinia has a long-standing strong tradition when it comes to cheese which is easy to see from our aperitvo and cheese platter. Famous of Sardinia is the pecorino cheese, made from sheep’s milk, rich in protein and omega3 and good for the cardiocirculatory system. There are many varieties of pecorino depending on how long it’s left to mature. More matured pecorino cheeses are better suited for grating, have a stronger and moderate spicy flavour whereas young pecorino is a table cheese but both can be consumed in slices, with carasau bread, and can also be tasted with special cheese accompaniments on top, such as fig preserve , orange and walnut preserve or red onions chutney. You can even find pecorino cheeses where the flavour is enhanced by adding special ingredients such as chilli flakes or truffles. For the perfect pairing during the aperitivo, Cannonau wine with its full-bodied taste is the perfect sidekick.

Other popular Sardinian cheeses are S’ampulla peretta with a more delicate taste and ricotta, that can be enjoyed as aperitivo in all its varieties: mustia, smoked and salty. All combine beautifully with both Cannonau and Vermentino wines. L’Isola Buona’s cheeses come from uncontaminated and pristine grazing lands where sheep are raised naturally and undisturbed and they are suitable for vegetarians.

Sardinian cured meats are essential on the aperitivo tagliere. Sardinia has an ancient farming tradition born from the nuragic civilizations that moved to the mountains inland of the island to flee the many constant invasions from the sea.
Sardinian pork sausage with its typical “horseshoe” shape is a firm favourite alongside exclusive delicacies such as wild boar and lamb prosciutto . Sardinian cured meats are still made respecting the authentic curing traditions and L’Isola Buona partners follow the closed-cycle production where animals are fed with local controlled forage.
Sardinian cured meats are among the most flavourful and preserved by adding aniseed, pepper or fennel making the meat easy to digest. Like our pecorino, Sardinian salumi is a great match to Cannonau red wine.

Seafood can be a great alternative to the common aperitivo “di terra” made up of cheeses and charcuterie. Seafood aperitivo is more popular in the coastal areas, it’s usually lighter and better appreciated during summer to accompany a glass of Vermentino white wine.

Bottarga, the Sardinian caviar, can be served in fresh salad mini-bowls with seasonal vegetables. Tuna and swordfish carpaccio are smoked following the ancient Phoenicians traditions and can be enjoyed on top of carasau bread with lemon and olive oil.

Next time you plan a holiday in Sardinia or want to surprise your guests at home, you know what to do! Make the authentic Sardinian aperitivo with your mixed platter; you can also add some olives, vegetables and creams and choose your favourite wine, but remember that good company and laughs are as important as authentic Sardinian food and wine to make your aperitivo a success!
Enjoy your summer Sardinian aperitivo, everyone!


We thank Dr. Andrea Angius, PhD, Roman History expert and member of the American Association of Ancient Historians, for his precious help


< Back to Blog index